The Healthy Path, LLC
Helping you along the path toward better health!
Menu

Forgiveness and healing are often connected;
forgiveness can lead to health.

We do not forgive for the other person, but we forgive for ourselves.  If we hold on to grudges and anger and blame and bitterness, we are only hurting ourselves.  No matter the issues, we are always better off if we forgive those who have harmed us.  We need to let go of these negative emotions that are blocking our healing and preventing our health.

For if you forgive other people when they sin against you, your heavenly Father will also forgive you.

Bear with each other and forgive one another if any of you has a grievance against someone. Forgive as the Lord forgave you.

“Get rid of all bitterness, rage and anger, brawling and slander, along with every form of malice. Be kind and compassionate to one another, forgiving each other, just as in Christ, God forgave you.”

If they fix our car or apologize from the heart, then we are even again.  The debt has been paid. The relationship has been restored.

However, if they do not pay us back for their wrong, we feel a multitude of negative emotions that eventually cause a spiritual wound.  This wound can become infected with spiritual entities that will destroy our health.  Lack of forgiveness eventually causes torment, harassment, and spiritual bondage.

And his master was angry, and delivered him to the torturers until he should pay all that was due to him.

"So My heavenly Father also will do to you if each of you, from his heart, does not forgive his brother his trespasses.”

So, we need to forgive their debts in order to break free from spiritual warfare.  When we forgive them, we are consciously making the decision to allow them not to owe us anything anymore.  We no longer expect them to repay us because we have cancelled their debt.  They no longer need to provide us with retribution.  We have successfully forgiven them and their debt.  We have released our negative emotions.  And we are now free to love them rather than to hate them.

Then Peter came to Jesus and asked, “Lord, how many times shall I forgive my brother or sister who sins against me? Up to seven times?”

Jesus answered, “I tell you, not seven times, but seventy times seven."

Forgiveness does not necessarily mean that we should forget what they did to us especially if they intentionally harmed us.  In other words, forgiveness does not justify the deed.  Instead, we should learn our lessons and act accordingly to rectify future situations.  We should forgive and forget their debt, but we should learn from their actions in order not to be continuously victimized.

Also, our forgiveness does not mean that they are off the hook with our Creator who will reckon with them in His own timing.

Quite often, patients who have blocks in their healing process have forgiveness issues stemming from their childhood or from their marriages.  Sometimes we even have difficulty forgiving ourselves for our poor decisions. Counseling is usually needed to identify these issues and then to forgive ourselves and our parents, relatives, spouse, and others for their past transgressions - intentional and unintentional.  Our past should not have a hold on our health now and in the future.

Forgiving others allows us to live in peace with ourselves and with others.  We will become more compassionate and loving as we release the hate and bitterness that accompanies unforgiveness.

Forgiveness is vital for your healing and health! 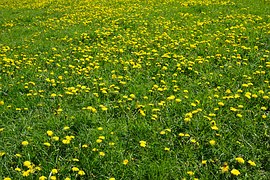 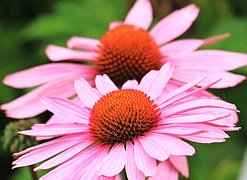 The secret of health

for both mind and body

is not to mourn for the past,

worry about the future,

but to live in the present moment wisely and earnestly. 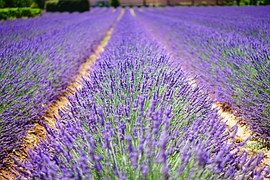